Thermodynamics:
In Denmark we have an ongoing discussion on klimadebat.dk whether Global Mean Temperature  GMT is a valid proxy for global heat balance/ global warming. Professor in thermodynamics, Bjarne Andresen, explains that one cannot simply add temperatures and then divide them to get at mean temperature in a non equilibrium thermodynamic system.
Asymmetric Hemispheres 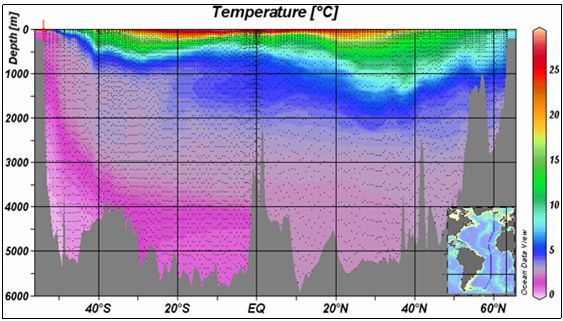 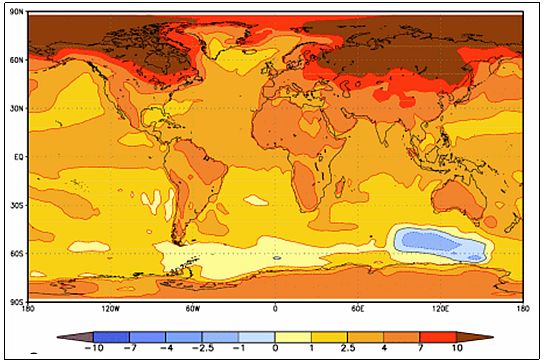 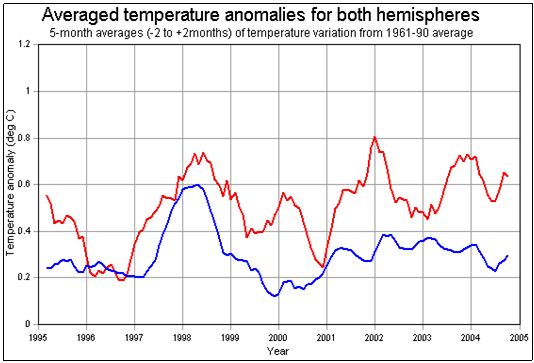 Fig 4.
Between 1910 -1940 most of the warming up took place in the Southern Hemisphere whilst most of the warming up during 1975-2005 took place in the Northern Hemisphere.
This means that globally more heat was needed to warm up the lower troposphere early in the century than later in the century. We are told by IPCC that warming up between 1910 -1940 is allegedly natural whilst warming up during 1975-2005 is said to be anthropogenic . This is very interesting. We are always told that the actual warming up is unprecedented.
To illustrate the case I will make a small calculation.
If the Northern Hemisphere warms up 1 degree and the southern atmosphere cools down 1 degree you have a temperature sum of zero. But actually you loose
energy, because it requires more energy to restore the energy in the south than you get from warming up the north.
Heat balance is a better proxy for global warming but it is very difficult to estimate.
On the other hand global mean temperature is so very biased that it has very little relevance when you wish to describe changes in global warming.

– A few comments by Frank Lansner:
In the Atlantic Ocean we have a possibility to redistribute heat from South to North. 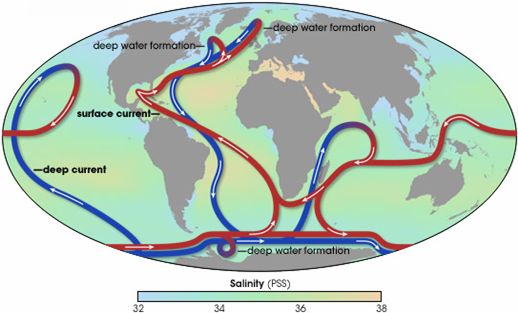 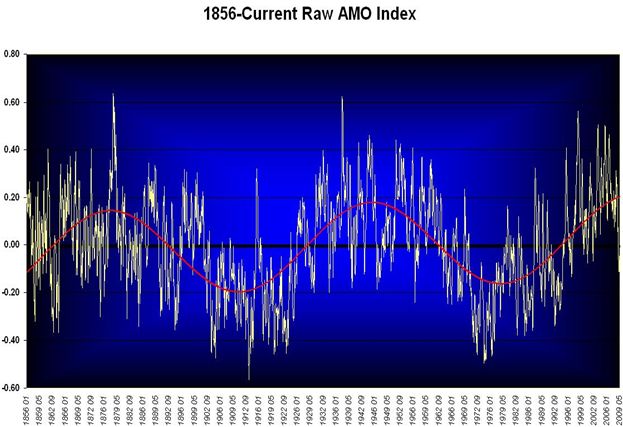 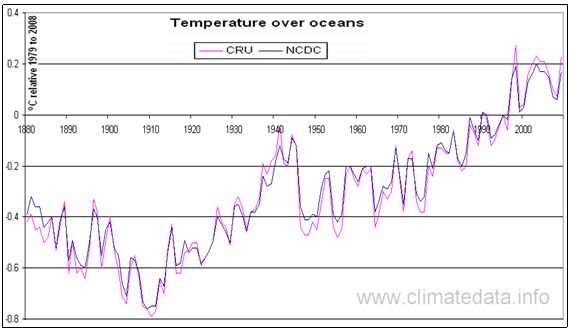