Temperature corrections of the Northern Hemisphere

Most skeptics are aware, but it cannot be repeated too often: Temperature data presented before the global warming movement really started in the mid 1980´ies compared with recent official temperatures shows that the temperature trends 1940-1978 has been changed fundamentally.

I believe the best way to show this is simply to compare temperatures of the largest possible temperature area from before the 1980´ies with the same area presented today.  The area best suited for this is the entire Northern hemisphere. Temperatures in National Geographic 1976:

(Alternatively NH temperatures from Stanley 1975 )
Now compare the 1935-1975 decline for the same area – the entire Northern hemisphere – presented by CRU/Brohan 2006:

Below, the two NH temperatures datasets above (National Geographic 1976 vs 2008) are shown together: 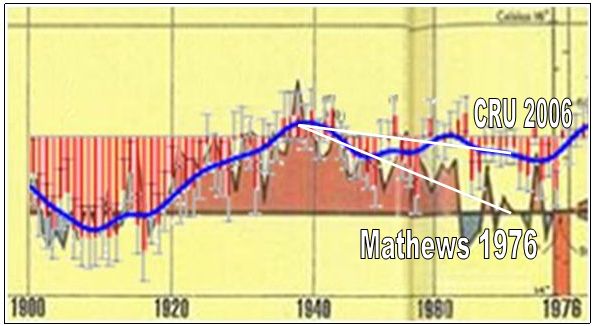 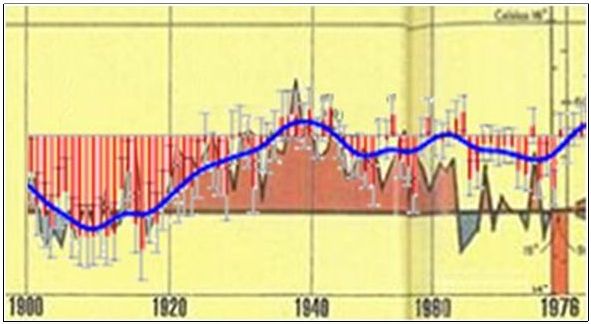 Below, the two NH temperatures datasets above (National Geographic 1976 vs 2008) are shown together:

History has been rewritten.